In the spring of 1949, Henry T. Bergh, John H. Hancock, Clark Smith and Miller Brocket met for the MV Director’s Council. Among other items that were worked on, John Hancock suggested to Henry Bergh that he write a Pathfinder song. Henry replied, “I’m no song writer. I’ve never written a song and I am not a musician.”

In a letter written to the World Pathfinder Director, Michael Stevenson in 1984, Elder Bergh wrote, “I dispatched that idea very quickly. But along in May 1949, I was driving to a Sabbath appointment at Monterey Peninsula from San Jose (70-80 miles). I was riding along thinking about Pathfinders and about our need for the song and started thinking about a tune. What would be a good tune for a Pathfinder song? Then I thought, well, I could write the words. So I tried to compose a poem.… I started thinking of what things would I want to put in the poem for a Pathfinder song. I thought about the JMV pledge—pure and kind and true, with a message to go to the world, and things started to fall into place. I pulled over to the side of the road, took a piece of paper out of my Bible, and began to write:

Oh, we are the Pathfinders strong,
The servants of God are we Faithful as we march along
In kindness, truth, and purity.
A message to tell to the world,
A truth that will set us free
King Jesus the Savior's coming back
For you and me.

Well, I thought, that’s not bad.… I took off again for my Sabbath appointment and got down the road a ways and started to hum a tune. Then I started singing the words with that tune. I have said repeatedly that God gave me the tune because I am not a musician and I have never written a song before or since. The Lord just gave it to me. I pulled off the side of the road, turned the sheet of paper over, and put down five lines for a staff.

I knew enough about music to be able to read it, so I started humming the tune that was going through my mind and putting dots on the staff.…

That evening when I got home, I asked my wife Miriam to play this thing for me from the dots on the page. We corrected where I had misplaced the dots and got the tune just as it is today. I still wasn’t confident that it was good enough for a Pathfinder Song, so I sent it to Wayne Hooper, who is a personal friend of ours and was the musical director for the radio program Voice of Prophecy. I asked Wayne to edit it and to harmonize it. He sent it back and said, ‘It’s a good song—go ahead and publish it!’

So we mimeographed it for use among our Pathfinder clubs (in the Central California Conference). I think that the first time it was really introduced on a conference-wide scale was at the Pathfinder Officer’s Convention in Ascilimar, near Monterey, California, January of 1950.” -Pathfinder Staff Manual, 2007 edition, page 13 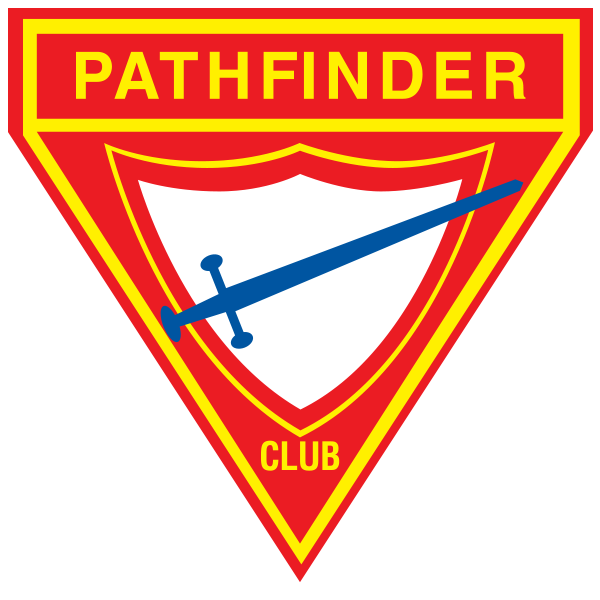